Phoebe was an extremely nervous and anxious puppy.  She’s horrified of almost everything around her and no one from the Northeast Animal Shelter knew the reason why.

And while every shelter worker wants nothing but for the rescues to find their forever homes, it just seemed less possible for Phoebe to find hers because of how fearful she was – until one couple came her way.

Jillian Kuehn & her partner were in search of a dog to adopt, so one day; they decided to go for a short trip at the Northeast Animal Shelter located in Salem, Massachusetts.  Almost every puppy they come across with appeared pretty nervous, still, the very instant she spotted the couple, Phoebe stood up, walked towards the partners and began sniffing them. 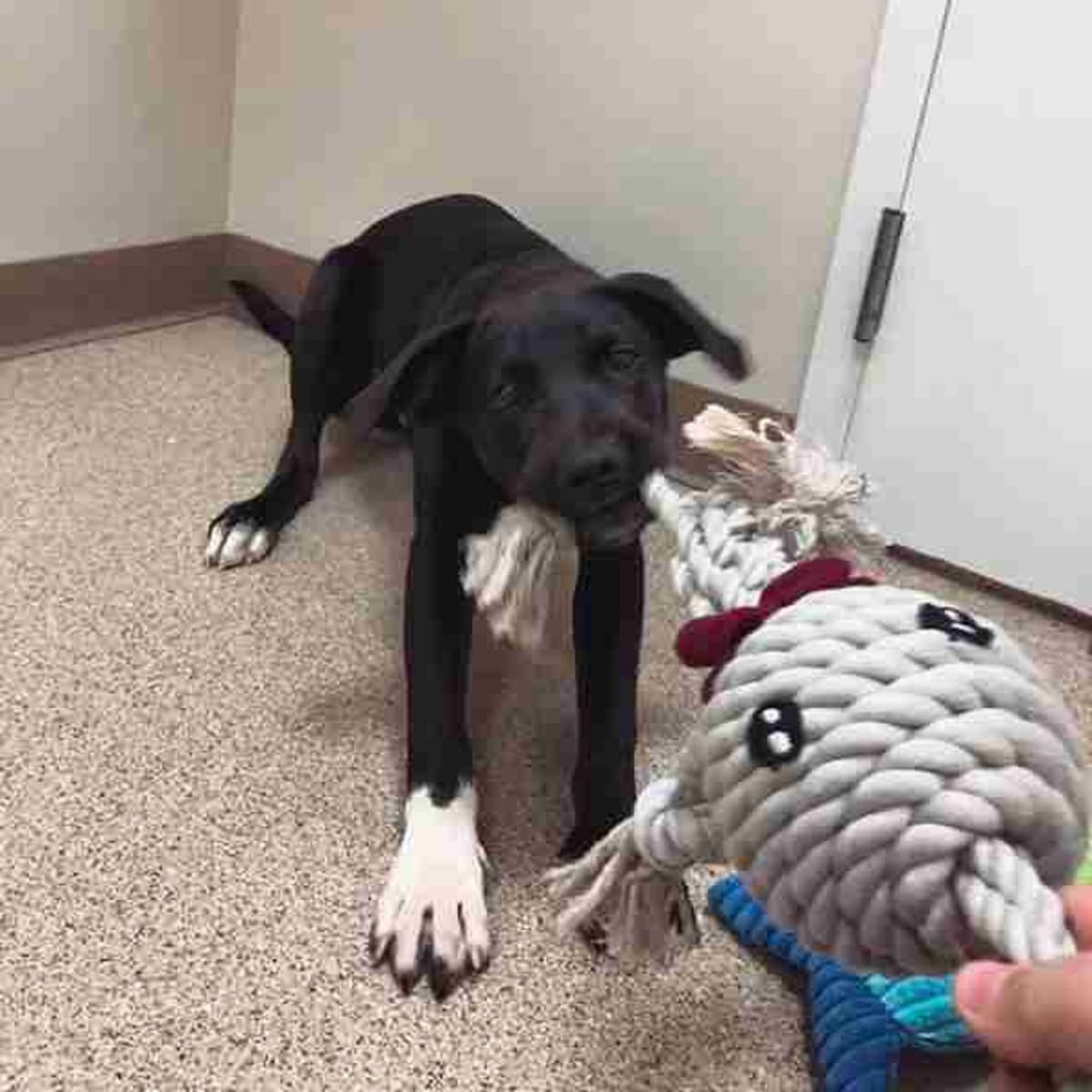 The couple continued their tour and as they circled through the second time, Phoebe, once again, came forward, so they decided to meet her – they needed to meet her.

The workers brought Phoebe inside one visitation room so the couple can interact with her closely but she extremely scared that she was frozen in the same place for more than 30 minutes.

She refused to walk to them or sniff them and when the couple tried petting her, Phoebe shook uncontrollably.  But when Kuehn’s girlfriend took the baseball cap off her head placing it by the floor, Phoebe got interested.  She took it using her mouth and played with it.  Kuehn said, “I think that was our breakthrough moment with her.” 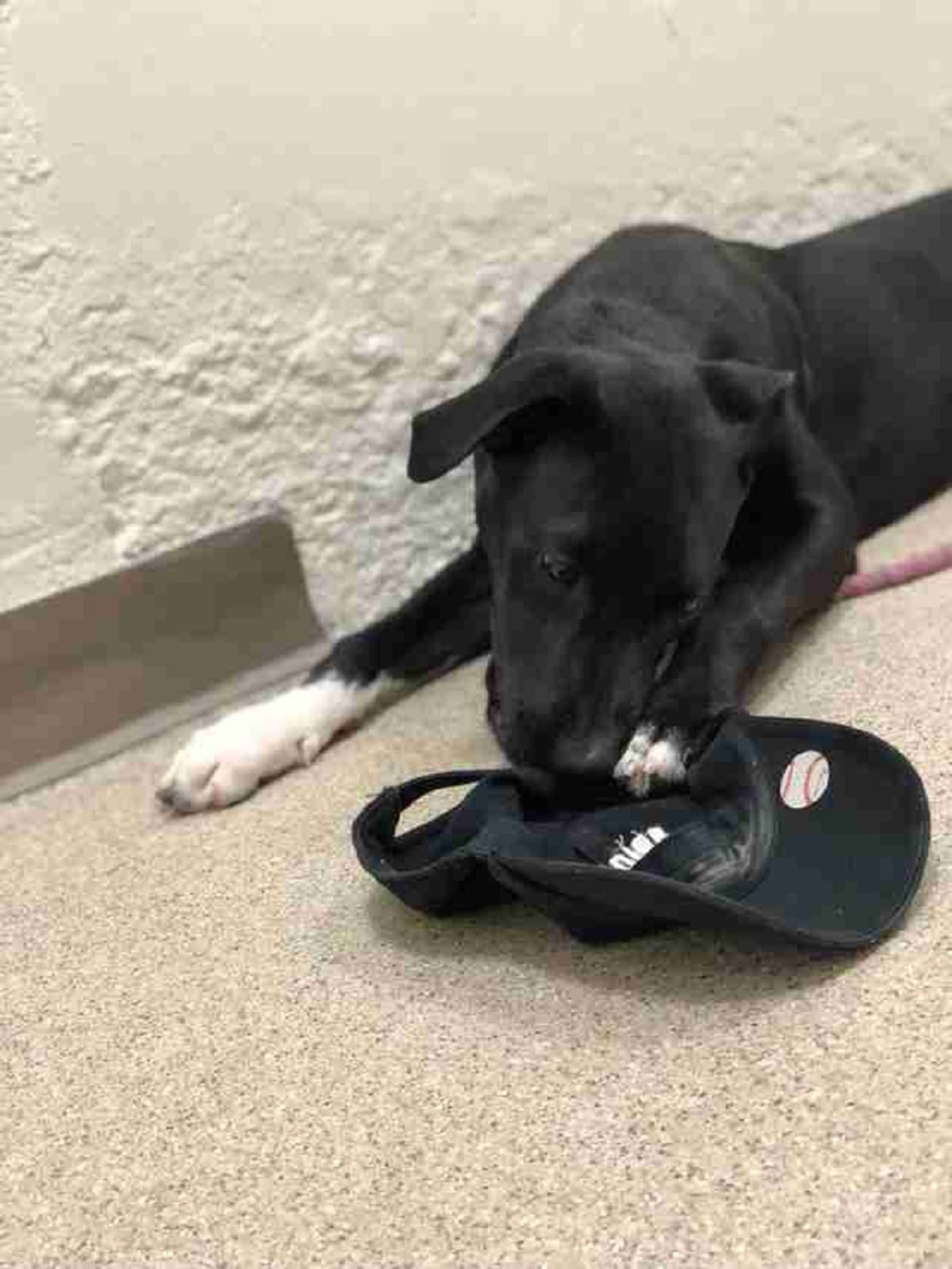 In that same day, despite the obvious anxiety, the two had decided – Phoebe is the one they are looking for.

The couple paid their future dog two more visits in to know Phoebe better and to prepare in taking her home – but the staffers weren’t really that optimistic because of Phoebe’s fearful nature.

Kuehn & her partner were told that Phoebe will most likely be one fearful dog for the rest of her life.  She may not, in any way, be able to get along with cats or other dogs.  She’d refuse to meet visitors and may need to be locked inside a room if and when guests are around.

But no matter how much warning the shelter gave them, there’s something with Phoebe that the couple simply couldn’t shake, and so they went ahead – officially adopting their nervous and skittish little Phoebe.

The first time she came home with her new parents, Phoebe was a complete nervous wreck.  She always had accidents and hated to go outside, terrified of passing through doors, didn’t’ want to be by herself, and loathed her Opie, her cat brother.  And as days pass, it just seemed that her list of anxieties are becoming longer and longer.

Thankfully, Phoebe’s new furparents never gave up.  They learned how Phoebe yearned to listen to people chatting so they’d keep ‘Full House’ on if they need to leave.  They offered lots of treats when Phoebe acts brave enough in doing something new.

And two months later, Phoebe seemed to have been replaced by another dog.  She adores being with people and enjoys her time in the day care playing with other dogs.

While car rides still scare her, Phoebe’s family is confident that eventually, she’ll get to overcome all of her fears. 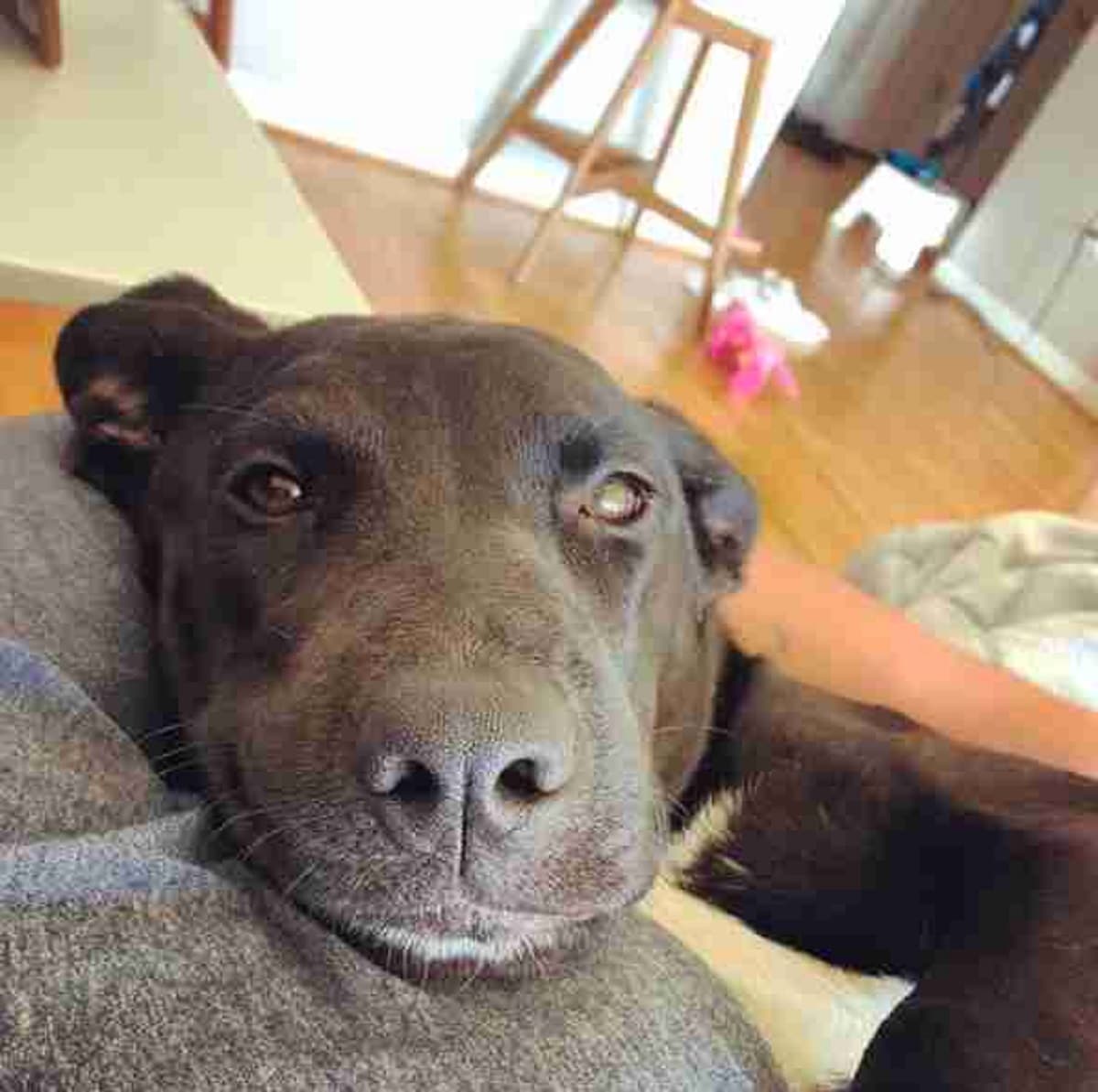 “Almost every day I look at my girlfriend and say, ‘Remember the scared puppy we met in the shelter?’ And we laugh because that dog was nothing but a shadow of the dog she’s become.”

Man Discovered His Girlfriend And His Dog Dancing In The Kitchen

Dog Siblings Pull Their Senior Sister In A Cart

Man Discovered His Girlfriend And His Dog Dancing In The Kitchen

Dog Siblings Pull Their Senior Sister In A Cart

Parole Officer Saved A Dog’s Life While Its Owner Was In...

Dog Protects His Sister At The Bus Stop Every Morning