As strays, Heidi, along with her 4 puppies, lived a horrendous life.  All of them were extremely ill and skinny, had worms, and severe skin infections including mange.

They were brought immediately to the local shelter in Dallas, but sadly, because of the terrible condition they were in, one of Heidi’s puppies didn’t survive the night.

Despite being ill and feeble herself, Heidi did all that she could to comfort and keep her puppies safe.  Knowing that Heidi and her little family will require specialized care, the shelter seek help from Dallas DogRRR.

“The rescue coordinator contacted me and send some pictures where the babies are all piled on their mother,” said Patti Dawson, Dallas DogRRR President and Executive Director.  “The photo spoke of a mother’s unconditional love.” 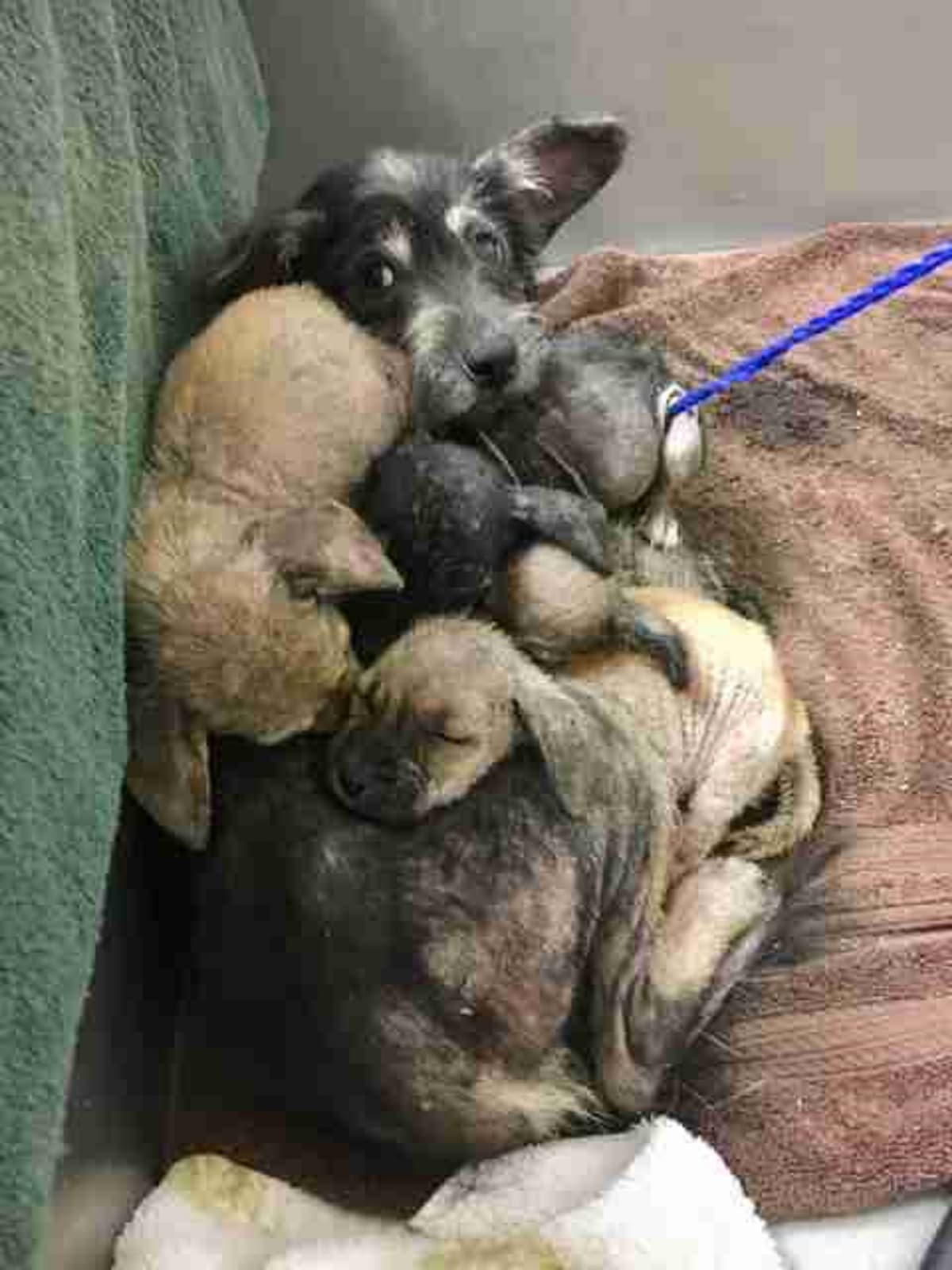 Dawson agreed and took them all in.  She brought the family home to foster temporarily.  Because they were all girls, they were named; Heidi Klum, Elle McPherson, Cheryl Tiegs and Cindy Crawford.

The dogs were a complete mess when they first arrived at Dawson’s house.  All puppies required day–and–night care and Heidi constantly cried for attention not to mention the pain she was suffering from all the ailments.  But after being examined and treated by the vet, all four of them started to feel better, thus, their true personalities started to shine.

Heidi and her little family stayed at Dawson’s house until they were all healthy enough to move into their permanent foster house. 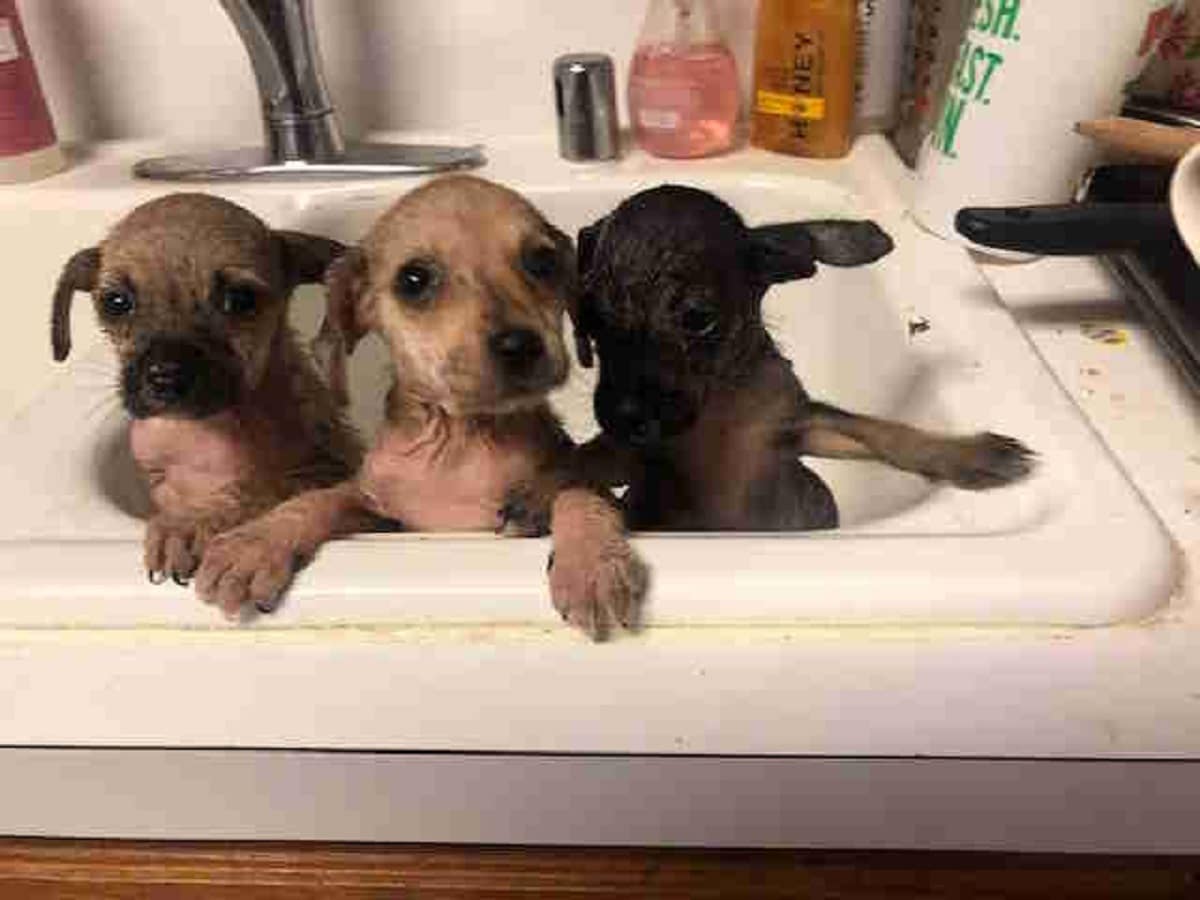 The puppies have become more playful and Heidi transformed to a sweet loving dog, though unable to speak, is clearly grateful for all the help and care that they received.

“She has really come out of her shell,” said Dawson 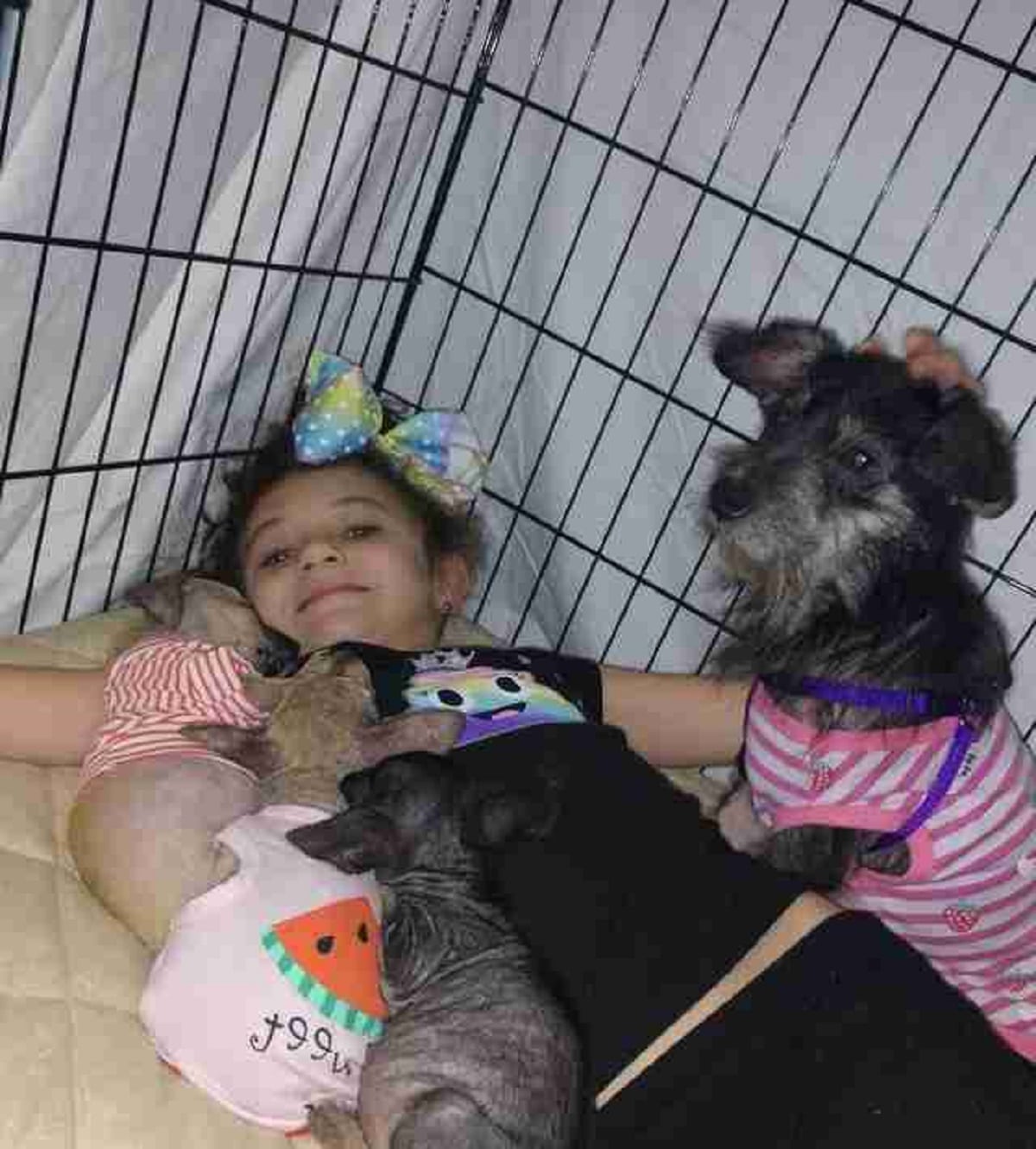 It will probably take one more month or so before the adorable little family gets cleared medically for rehoming, but for now, Heidi and her three puppies are happily living with their foster family.